Limits are just challenges: a case study of the National Athletics Stadium

The National Athletics Stadium is an outstanding landmark in every respect. Together with the renewal of the city district, it is the largest and most complex stadium investment in Hungary to date. It can accommodate up to 40,000 people during the World Athletics Championships, including the temporary grandstand. And, perhaps most importantly of all: along with the stadium, the neighborhood (Budapest's IX district) is also being built.

Within the KÉSZ Group, KÉSZ Metaltech is responsible for the construction of the steel supporting structure of the National Athletics Stadium among others. It also serves as the stadium's facade and is one of the most striking structural elements in terms of appearance. During the construction works, our professional team has delivered a performance that is unrivalled in the whole European sector. Both the cable tray and the rigid steel structure were set to the pre-designed shapes – with a few millimeters of deviation. To achieve the exact values, we needed the coordinated operation of three areas. 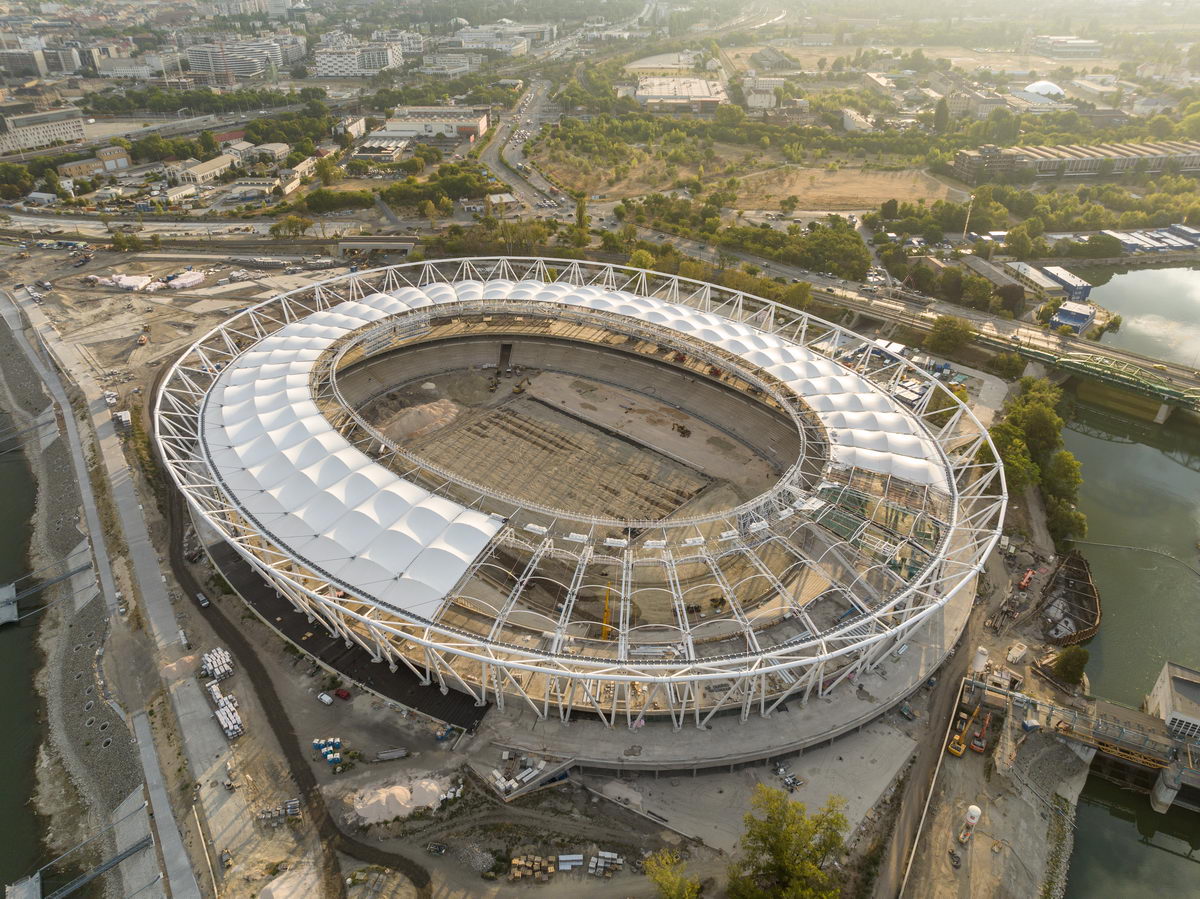 Exclusive video contents, case studies and other professional interests will be available after registration.